In August 2007, the LATSPED Company participated in a project – the grandiose supply of 8 bulky tanks for a beer production plant from the Liepaja Port to the center of Belarus to the capital city - Minsk. The size of the cargo exceeded 17 meters in length and 6.5 meters in diameter (!), i.e. 7.3 meters above the ground, the weight of each tank approaching 20 tons.

The road-train of 8 bulky transports, escorted by several state police cars and electric wiring service cars, set forth for the Minsk brewery "Krinica" after unloading from a ship in Liepaja Port early in the morning. Means of transportation changed along the route according to a previously developed schedule estimating precise time line by minutes when high-tension electric-lines, railway crossings and complicated road sections were switched off and crossed.

In order to accomplish this performance without disturbance of the road-train route, technical support brigades removed road signs, dug up light posts, made double electricity supply lines, prepared a temporary "window" and turned off interstate significance electricity lines of the Ignalina hydropower station for a short term. The traffic was stopped in Minsk for 2 hours and dismantling of the Minsk circle delimitation was performed according to a special project from the traffic police.

Regardless of the complexity of the operation coordination and limited time for the project accomplishment, the transportation was performed in a fine manner, with no incidents and according to a precisely developed movement schedule thanks to the high professional experience of the LATSPED team. 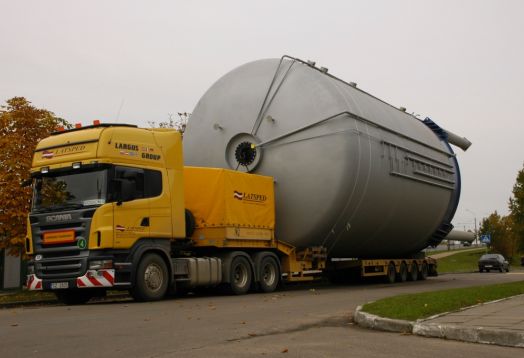 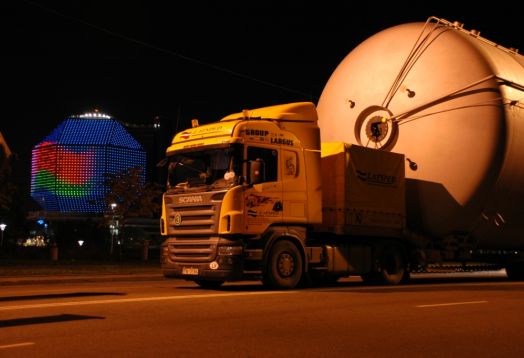